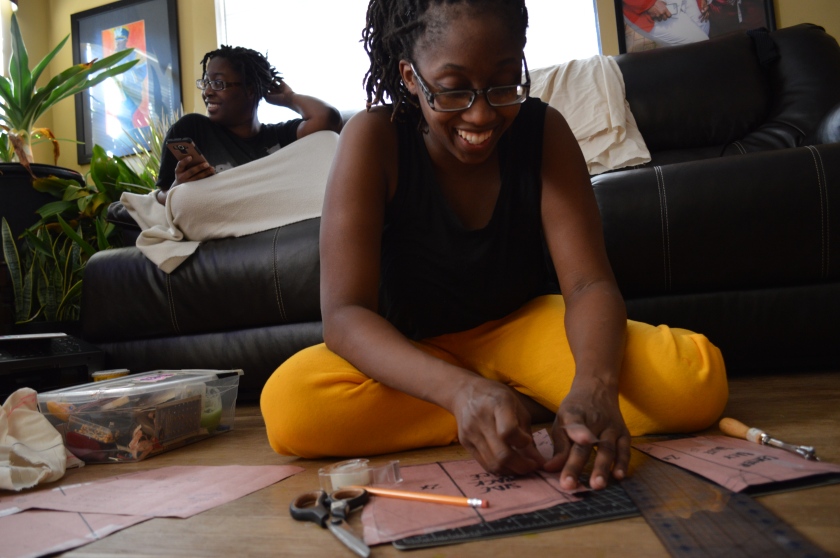 Introducing “Creative Durham,” a new feature profiling artists, artisans and intrepid hobbyists in the Triangle area, and beyond! Inspired by the creative spirit of the Aughts, rooted in the DIY culture of Durham, this feature is dedicated to the simple joy of doing, how we express ourselves and how the process of doing can even define and redefine who we are. I hope you will read and enjoy! – Monica Chen

Hidden throughout Anna Edwards’ home in Durham are portraits she painted of her family, glassware she made, clothes and cards she has made. There are yards of delicate white lace, an old piano, and even a mannequin named Roxanne.

Such is the home of someone who is interested in many forms of crafts and arts.

Asked what she’s most interested in, and the words tumble out fast and with excitement, as if there are too many different pieces, all shining and soft and beautiful, that she’s anxious to stitch together.

Edwards, 26, studied fashion at Meredith College. Since then, she has found her interests mostly split between fashion and cooking. Currently, she lives with her family and works at Parker & Otis, where she often bakes goodies for her coworkers.

And since the birth of her son, Dillyn, five months ago, Edwards says she’s bearing down and focusing on making a living. The plan right now is to sell glassware and vases made from old bottles and watercolor stationery. Eventually, what she wants to do is to have her own lifestyle brand.

Right now, she is deep in a major project: A friend’s wedding dress. The romantic design, adapted from Vera Wang, involves a bodice will be covered in rayon and lace, and a tulle skirt.

Edwards works on the dress with ease on Saturday, chatting with her sister, Desteney, as she adjusts the bodice and decides whether to use darting.

A wedding dress would be an intimidating project for most people, but Edwards has experience. She made her own gown for her high school prom, among many other projects, both large and small. “I look at stationery at Parker & Otis and I think, ‘I used to do that in high school!’” she says.

The bigger problem, she says, is staying inspired and staying on track. Taking care of her son has cut into crafting time, but she makes it a habit to work a little every day.

“Since I’ve been in college, in the real world, I haven’t been as inspired. I don’t feel as confident, and I don’t let the idea flow.” 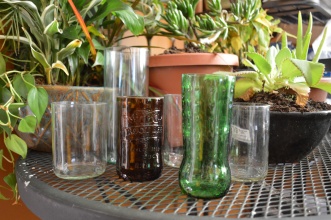 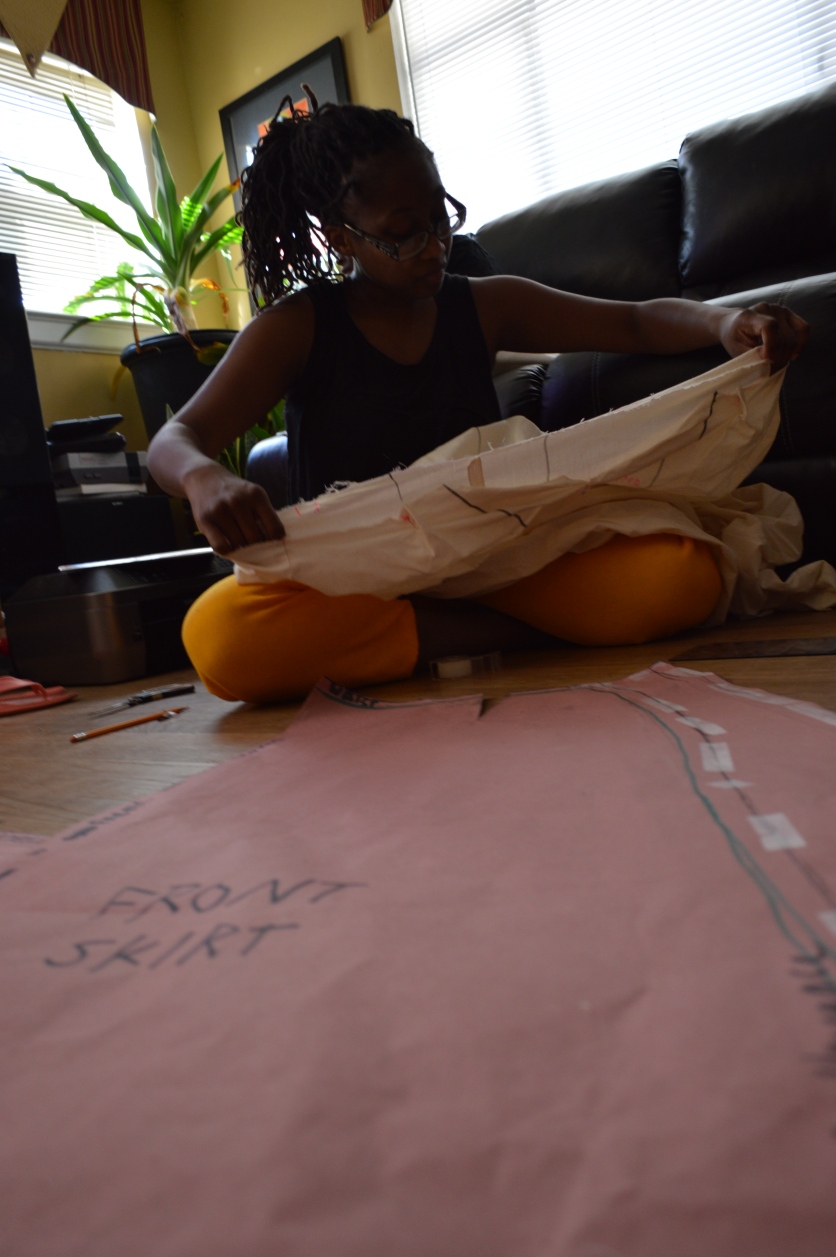 Main photo: Anna Edwards jokes with her sister, Desteney, as she works on the pattern for a friend’s wedding dress. Clockwise from top left: Glassware made from old bottles by Edwards. Stationery. Edwards examining the muslin, the “practice fabric” for the wedding dress.

Edwards is inspired by a classic, vintage aesthetic from the 1930’s, and Agatha Christie, “Downton Abbey” and “Murder, She Wrote.” “There’s something about older things and those times, how people sat at a table and talked to each other and no one whipped out a cellphone, that’s really nice,” she says.

Present-day technology like mobile apps and Facebook, have not, contrary to popular belief as to their efficiency, helped her get back her creative footing. “Those things have their conveniences, but I just don’t want them to take over my life.”

But the birth of her son has, Edwards says, has lit a fire under her.

To connect with Anna Edwards, contact her at dke949@zoho.com.