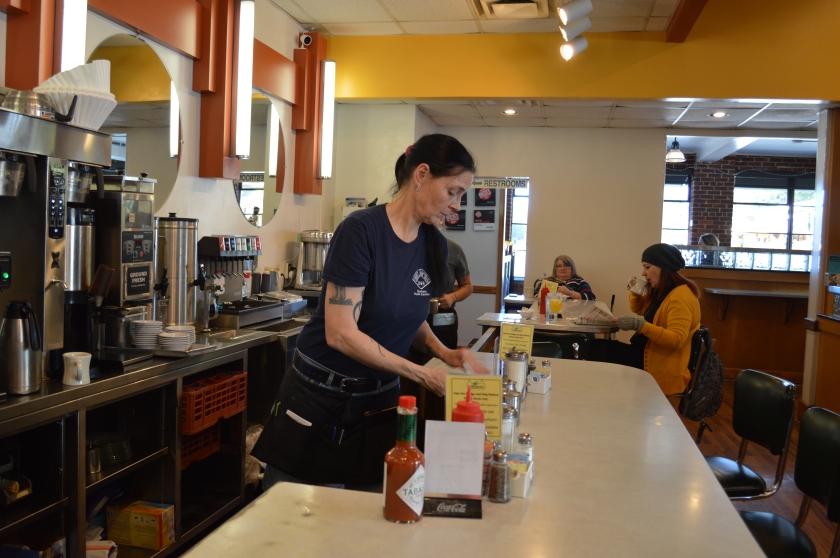 Cam was a familiar sight at Elmo’s Diner on Ninth Street. Most nights, he would come for dinner wearing a nice shirt, sit at one of his familiar spots at the counter, patiently wait to be served and banter with the staff in his characteristic gentle, easy manner.

Cam ate at Elmo’s so often, around seven o’clock most nights, the staff at the busy restaurant out of habit would start looking out for his car at his usual parking spot.

“Is Cam here yet?” people would start asking. He was supposed to call Elmo’s if he wasn’t going to come. His birthday was in the date book.

Although Hundley died in 2016, his death still weighs on the staff, and memories of him are cherished and protected. People are reluctant to be interviewed, for fear the emotions would come to the surface and there would be tears.

Chrissy Yuorick, who waited on him often, remembered what he would have. For dinner, he always ordered chicken, broccoli and toast. For dessert, he would have a single scoop of ice cream, with three sprinkles.

“I remember he didn’t call it ‘dessert,’” Yuorick said. “He would call it a ‘treat.’ He would finish his dinner and say, ‘I’m ready for my treat now.’” 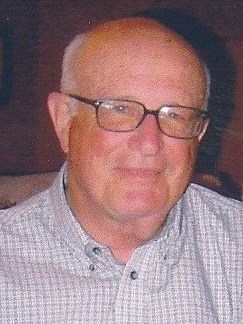 Hundley, or “Cam,” as he was affectionately called by the staff.

Hundley gave Yuorick birthday cards, and had other presents ready for other staffers at Elmo’s. He had a “cheat sheet” for who’s on staff and what everyone liked, Yuorick remembered. “I’m a huge hockey fan, and there’s a player named ‘Cam,’” she said. “He remembered that. So I was Chrissy, but I was also his hockey girl.”

Hundley was a solid presence in the hustle-and-bustle, stressful day-to-day life of restaurant work. He lightened the mood with his friendly banter and warmth. If someone has a bad night, they can stop by for a chat with Cam and he would make them feel more at ease, sympathized with, accepted.

“He was just a wonderful spirit, to wrap it up in a nutshell,” said Jemmel Sanchez, another waiter at Elmo’s. “He had a wonderful personality.”

His death coincided with the loss of two other people close to the restaurant, which made for a traumatic early 2016 for the staff.

“Cam was very special to the staff, so naturally, they were very upset,” said Cammie Brantley, the long-time owner of Elmo’s. “We tend to be the kind of place that adopts a number of senior regulars. Cam was an especially hard one because he was so close to so many people.” 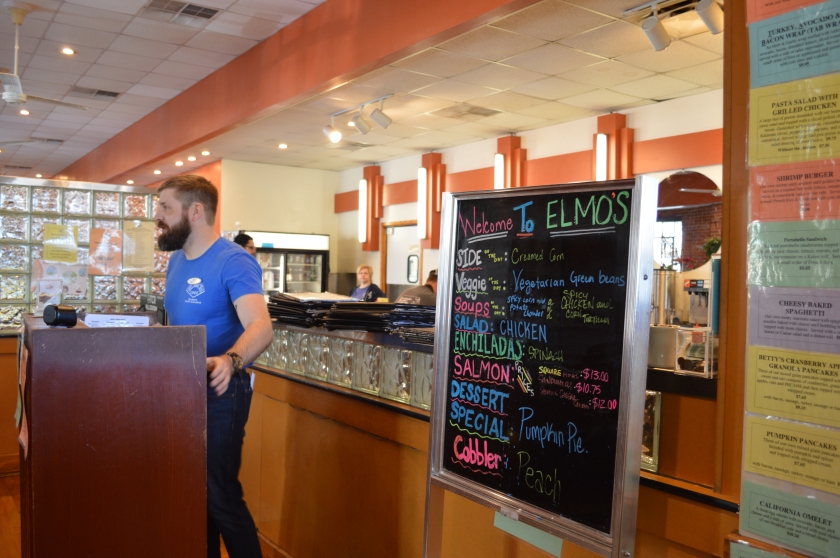 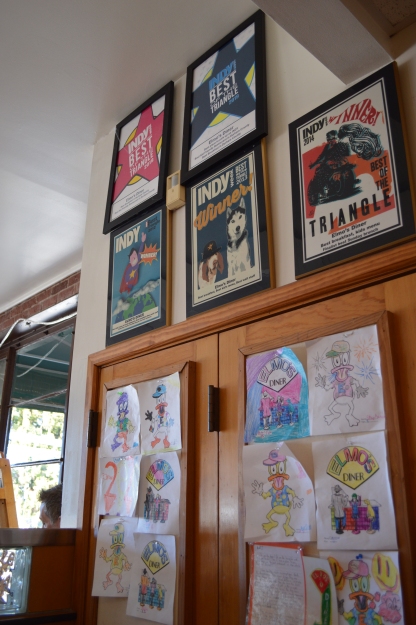 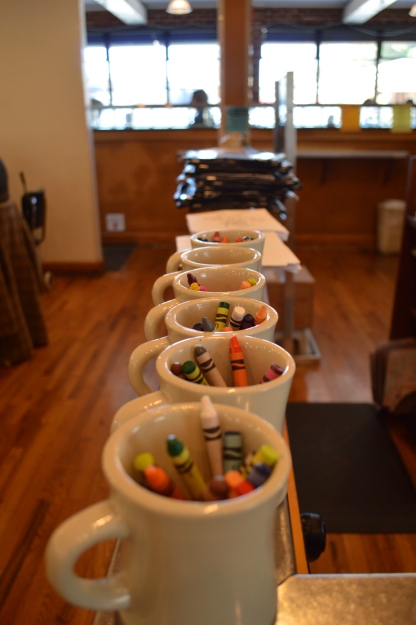 Maggie Ingram, Cam’s daughter, recounts his fast decline. In fall 2015, he had back pain and arthritis and began to use a walker. In early 2016, he fell and couldn’t walk. Then, he was hospitalized for a urinary tract infection that became a sepsis UTI.

Still, after he became sick, he would still go to Elmo’s and would get depressed if he could not get there for his dinner. “If he couldn’t get there, then it was a really bad night,” Ingram said.

He was born in 1933 in Durham to father John Camden Hundley Sr. and mother Margaret Eloise Hundley. Hundley Sr. was the general manager of Liggett & Myers Tobacco Co. For most of his career, Cam, or Hundley Jr., was an accountant at Duke University. He went to work at Liggett & Myers when his father became sick, according to Ingram. Later, he went back to Duke in accounting at Student Health. After retiring in the 1990s, he started working at Sports Endeavors in Hillsborough.

He went to Durham Academy, then Durham High School, then enrolled at Duke University, where he was in the glee club. Hundley witnessed the decades of changes in Durham. After he and his wife, Ingram’s mom, divorced was when he started living at Holly Hills apartments, where he stayed for about 40 years until just shortly before his death. There were times when Ingram and her siblings worried about him. “That area began to decline, and we were like, ‘Dad, are you OK?'” she said.

Her own memories of Durham and the Triangle are also informed by her father’s home base. Department stores like Hecht’s and Service Merchandise, the stores around the Holly Hills, Duke area, the history of Durham itself, and all the changes since her childhood, she remembers with perfect clarity — a cultural inheritance from her dad’s steady, humble life. As a child, she remembers going across Erwin Road to the forest on the Duke campus and gathering moss to use for Christmas decorations.

Her father was very insightful about people, she said, “And he was very understated about it.” 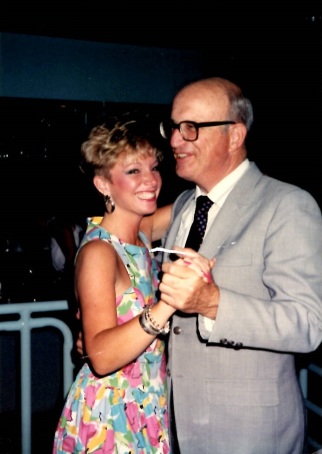 Ingram dancing with her father, Cam, in 1989. Cam taught her to ice skate and do tricks on the ice. Photo courtesy of Maggie Ingram.

She recounted his fondness for ice skating and his adventurousness. In addition to skating, Hundley also went camping on Mount Mitchell by himself and would go to Southern Pines for golf.

He learned to ice skate in college, his daughter said. And when she was 11 years old, he started teaching her. “I can do tricks on the ice,” she said. “I can do spins. We’d have fun. He’d pull me through his legs.”

Ingram recounts how they would bond over watching figure skating together. “If we couldn’t watch together, then we’d call each other while there’s figure skating going on.”

“He had a very soft heart. He was very giving, very humble,” Ingram said of her father.

“I hope I have my own Elmo’s [when I’m his age],” Yuorick said. “He had a certain joy about him. I’m happy I was able to go to the hospice and say goodbye to him.”

Hundley’s memorial service mentioned his fondness for Elmo’s Diner and also included a poem, “The Eternal Goodness” by J.G. Whittier.

“I know not what the future hath of marvel or surprise, assured alone that life and death God’s mercy underlies.”