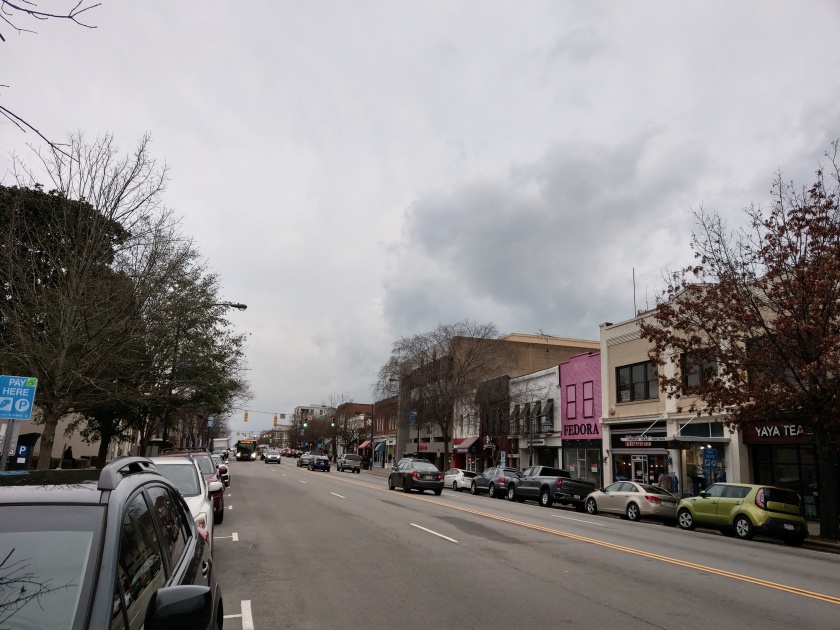 A few years ago, I was at a store and a salesman was helping me. I could see he knew the products well. He was friendly, and intuitive, and knew the products and also how people usually interacted with them. In the end though, I decided not to buy. On my way out the door, I saw the owner smiling. He was glad that man, who was young, probably in his 20s, did not make that sale.

That was probably the worst instance I remember of there being managers and owners who are actually glad when their most talented young workers are not making them money.

So where are workers with skills and talent supposed to go?

The thinking to explain the low unemployment rate has been that as people have been leaving the workplace, they are not counted.

Here’s what Chad Pisaneschi, the co-owner of Dulce Café & Gelato in Durham had to say when I interviewed him in January.

“I would expect the actual unemployment number to be up to 10 percent,” Pisaneschi said. “There are also a lot of people who are underemployed.”

“There are a lot of people blindly clicking on (job) ads, blindly applying,” he added. “In two days, I might get 150 responses. For a manager position recently, I got 200 resumes.”

Pisaneschi and others also have noted how much workers are willing to travel long distances for simple jobs. At Dulce Cafe, they have received applications from out of state for entry-level job positions.

Haven House Services, a nonprofit in Raleigh that helps at-risk youths, at one point received more than 300 applications for a job opening in accounting.

Julianne Kirby, director of Human Services at Haven House, attributed that to the easy way that people can search and apply for jobs online on web sites like Indeed.com.

“The more entry-level direct care positions receive a lot of attention and applications. Some of the candidates are very over-qualified. The more mid-level positions are harder to recruit for,” she said in an e-mail.

From my personal experience looking for jobs and being in various workplaces, is what’s been happening is that people have sought to find jobs that not only grow their skills but also provide a shelter during these years.

People have been looking for emotional and social safety. And for companies in some industries where the needs of the clients are changing, it’s been difficult to find and keep workers.

Every year, it seems there is a push by workers for the job market and the economy to gain momentum.

The job market probably could have opened up was right after the activism of the summer of 2015 ended. Millennials were basically done with our “graduate school” years that had begun in 2012. Young people had been traveling, wandering, studying on our own, taking odd jobs, stepping out of the career ladder for a while, and some of us even went to graduate school. By fall 2015, we were ready to get back to work.

But then, the second half of 2015 also shockingly fell off from the activity of the first half of the year.

The slowdown in the last three months of 2015 is more worrisome. A global economic slowdown appears to be finally weighing heavily on the American economy. Despite a strong job market, other signs point to slowing growth.

American manufacturing, which makes up 10% of the economy, is in a recession and the industry’s key index, ISM, has declined for six straight months. Consumer spending was negative or flat for seven out of 12 months last year.

Other articles theorized about a “mini-recession” in 2016:

There was a sharp slowdown in business investment, caused by an interrelated weakening in emerging markets, a drop in the price of oil and other commodities, and a run-up in the value of the dollar.

The pain was confined mostly to the energy and agricultural sectors and to the portions of the manufacturing economy that supply them with equipment. Overall economic growth slowed but remained in positive territory. The national unemployment rate kept falling. Anyone who didn’t work in energy, agriculture or manufacturing could be forgiven for not noticing it at all.

Actually, the pain was everywhere.

If you look at the social media of businesses in early 2016, that was the first time there was a type of freeze that happened, and that has kept happening, in the years since.

By winter 2017, it seemed like that was the last time national retail was humming along as before and the big companies were making decisions the way they used to.

Winter 2018 was when some kind of collective worker action seemed to be brimming and waiting for support. But again, that did not happen.

But this last winter, in 2019, it seemed like some other collective social contract was broken.

Last fall, around the time Harry Styles’ “Lights Up” was released was when there was another push by young people to get things moving. That was when people were exhausted but still trying to gather up our energy and keep working and keep going.

But just a few months later, he was singing, “Fallin’ again. Fallin’ again.” All of that effort to do our utmost was met with no support at all.

What can be done to turn things around?