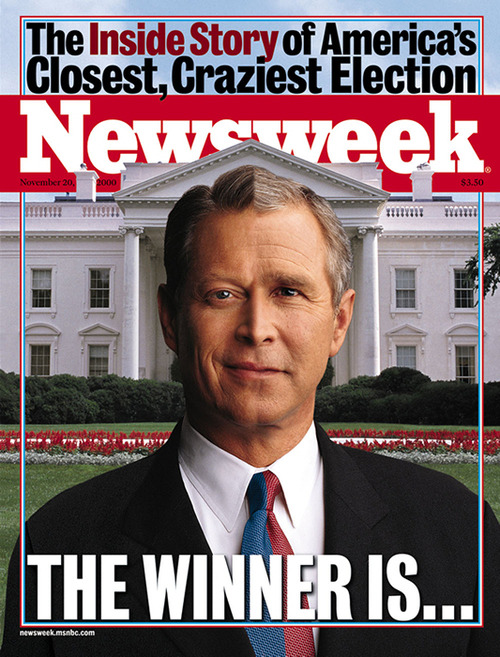 It’s hard to say who Americans wanted in the White House in the year 2000, Bush or Gore?

On the morning of Nov. 8, when everyone woke up to the news the presidential race had not been called, there was an air of chagrin, shock, a little humor. But then everyone went about their business.

Over the following month, the nation would be treated to the spectacle of the Florida recount, “hanging chads,” court decisions at every level, teams of lawyers and a complete media frenzy.

In the end, on Dec. 13, Gore, clearly disappointed but not defeated, conceded to George W. Bush.

The race had been won by just 537 votes in Florida.

In 2020, the situation is much more desperate. The nation is more divided. Both sides are more angry. There is more at stake.

Florida did a statewide machine recount immediately the day after the election and it was completed Nov. 10. Apparently this can be done. So why hasn’t it been done in Pennsylvania and other contested states?

Gore actually called Bush on the night of the election to concede and then retracted it. Yes, you can do that without triggering the ire of the entire media calling you a “sore loser.”

Both sides got attorneys to lead their legal teams immediately and the challenges were organized. Bush hired Roger Stone and Gore got Bill Clinton’s Secretary of State Warren Christopher. Gore’s team actually said they would not concede until the election results in Florida are certified. Again, without triggering the ire of the media or other politicians calling on them to concede — because that’s perfectly normal and legal.

The media was less biased. First, the Associated Press called the race for Gore. Then, they moved it to “too close to call” and followed what happened with recounts, “hanging chads,” legal challenges, court decisions with daily updates.

There were issues of fairness in elections brought up in 2000 that are not being discussed now. One Salon Magazine article (https://web.archive.org/web/20110606225325/http://dir.salon.com/story/politics/feature/2000/12/04/voter_file/index.html) looked into felons being expunged from the voter registration by Florida’s Secretary of State Katherine Harris. The “voter cleansing” program might have unfairly targeted minorities.

Related to that, the media also worked more confidently. There was a sense of this being another story — a big story — to cover. And the media was fine with doing its job.

You have to wonder what Gore and Bush are thinking looking on at the 2020 election. Bush has already congratulated Joe Biden, saying the 2020 election was “fundamentally fair.” That’s a bit jumping the gun considering Bush himself held out for more than a month. It’s also a telling statement, considering that history will likely judge that key aspects of the 2000 election and outcome were unfair.

In 2000, that election gave us one of the best magazine covers of the past few decades, the peak of late ’90s-early 2000’s journalism.

And it made perfect sense.

Nowadays, you can’t imagine any magazine having the resources or the imagination to put together this cover. And sadly too, the cover would not be a good reflection of reality, and both Donald Trump and Biden would hate to be associated with each other in such a close way.