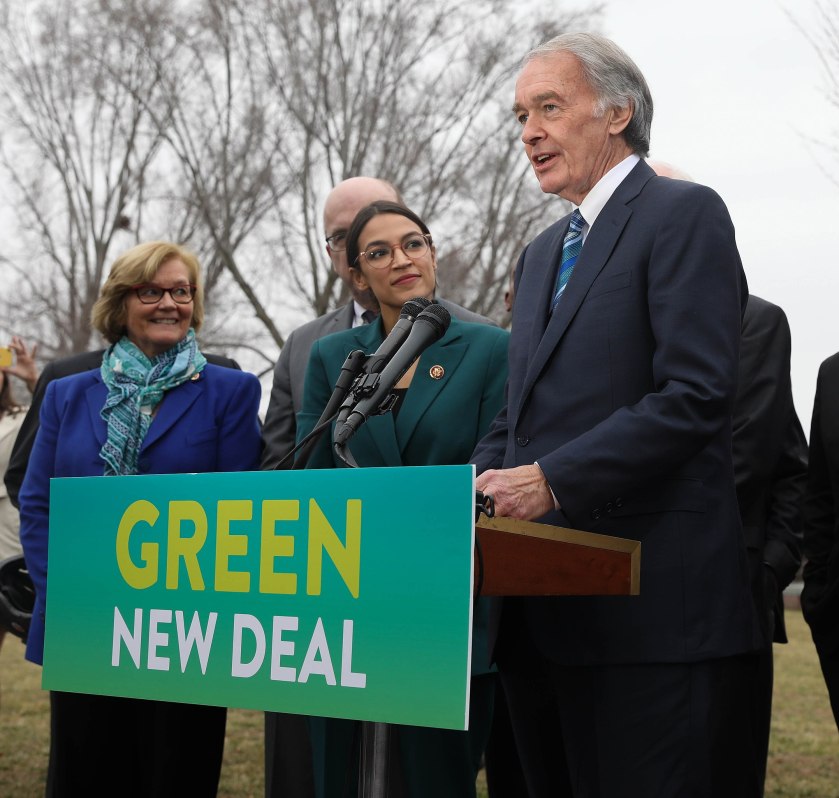 On social media, Rep. Alexandria Ocasio-Cortez, D-N.Y., has been pushing for the “Civilian Climate Corps” and its inclusion in the $2 trillion Build Back Better Act. But more than a joint project between AmeriCorps and the Department of Labor, the proposed entity would cut into the work done by the National Parks system, as well as state and local government parks.

“To me the greatest risk is doing nothing on climate or doing too little,” Ocasio-Cortez said at the press conference pushing the Green New Deal in April, held in front of The Capitol.

“That is a greater political risk,” she added, according to CBS News.

Civilian Climate Corps has been planned to be large. But it’s not proposed as its own entity. It would be part of several federal agencies, but not give them oversight and giving no space for public input.

And when it was included in the BBB Act in November, AmeriCorps stayed quiet. It did not acknowledge that it would be part of the proposed new program, leaving many questions on its involvement.

The rundown from the BBB bill:

Here’s where it gets even scarier:

It’s not just “restoring wetlands,” in the idyllic picture that Ocasio-Cortez has painted with the help of The Intercept. This is a large amount of funding to make changes to natural and historic places given to people who won’t be working under the NPS, who didn’t go to school to go into forestry or archeology, and like other AmeriCorps workers, will not stay in it for the long term.

What could the “Civilian Climate Corps” do on such a massive scale that isn’t already being managed well enough by the federal agencies it would be riding the coattails of?

Why should more public funds be spent hiring people who are not skilled at this work, and who didn’t go to school for this work and who have no interest in it, who are doing this on a temporary basis — than agencies with clear missions and more than a century of experience?

Why should public funds be used to pay nonprofits when the existing federal agencies are doing a good enough job already?

Why would this new corps cut into the work of state and local parks and local government, taking it out of communities’ say so? How does that benefit communities?

The National Park Service has to provide an annual budget. Changes in National Parks are also open to public comments. People can voice concerns over how federal lands are managed. Where is that room for the general public, who will be paying for this new program, to have some input on what the Civilian Climate Corps wants to do?

Lastly, we are not going through the Great Depression. There are jobs available. If there are natural disasters severe enough to need mobilization at the federal level, then the National Forest System and National Park Service have the experience and the resources to do that, not a new untrained, scattered, overpaid agency.