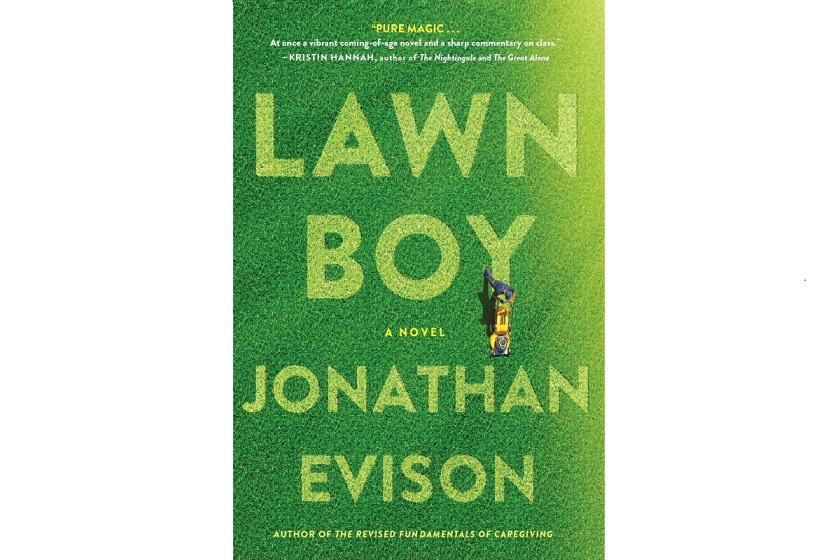 The author of “Lawn Boy” and his supporters say parents who want the book removed from libraries have not read it, and do not put it in the right context.

Alright, I read the book. Its pedophilic, exploitative and abusive elements go beyond the swear words and the sexual passages.

To sum up the news surrounding “Lawn Boy”: A mother in Leander, Texas, took her son to a school board meeting and read passages from the book out loud last September. That video is here. Jonathan Evison, the author of “Lawn Boy,” posted a statement to the publisher’s web site, Algonquin Books of Chapel Hill. That statement is here.

Evison and his supporters want to say the book is a coming of age story and add an extra layer of LGBT romance to defend and cover up its actual attack on boys, on young men, on the freedom that kids should have while they grow up. The gay romance is not important to this book at all.

Basically, the book reads like a neighbor who develops a fixation on a boy who lives down the street — and decides to write fanfiction about him. And that’s not all. The fanfiction is written in the first person, as that boy.

That is the extent to which Evison and his supporters want to take ownership of the lives, the sexuality, and the ambition of young men. And he invites all readers of his book to do the same. It is truly disgusting and disturbing.

Here are the disturbing passages I found in this book.

“That’s me, little Mike Munoz, standing in the middle. A sad-eyed ferret of a kid, skinny and bewildered, slight olive complexion, dark rings under my eyes. Greasy bangs plastered to my forehead, faded Toughskins jeans riding halfway up my shins. On my back, a dirty brown coat with a fake-fur collar. Not exactly the kid from the Sears catalog but a kid all the same. Eight years old and looking for a little security, a little self-confidence — any self-confidence, really. Just a third grader, bottom lip chafed from obsessive licking, little fingernails bitten to the quick, aching for a good time.”

“Aching for a good time.” Is this really an adult man talking about pictures of himself as a child? Or is it a creepy neighbor thinking about a boy who lives down the street?

“That’s what kids should do, they should laugh. If there’s a better, righter sound in the whole world than the laughter of children, I don’t know what it is.”

“But there’s one thing I’d never tell Nick in a million years, not that it really matters: in fourth grade, at a church youth-group meeting, out in the bushes behind the parsonage, I touched Doug Goble’s dick, and he touched mine. In fact, there were even some mouths involved. It’s not something I’d even think about all these years later, except that Goble is the hottest real-estate agent in Kitsap County. His face is all over town — signs, billboards, Christ, even on shopping carts. Do you know what I think three times a day when I see his picture? I wonder, all these years later, why he just kicked our friendship to the curb like that. Was it shame?”

What more can be said about this beyond the obvious?

What if this book was about a 23-year-old woman who was reminiscing about the time she and another girl, at 10 years old, in fourth grade, gave each other oral sex? People would be disgusted and shocked, wouldn’t they? Why are people OK with this being described of little boys?

Page 44. The descriptions of oral sex between children continue. The narrator also develops, out of the blue, a fixation on Doug Goble (“the hottest real estate agent in town”) and daydreams about him:

“All I could think about while he was chatting me up over the rim of his cappuccino was his little salamander between my fourth-grade fingers, rapidly engorging with blood.”

This is the passage that gives away the intentions of the book. The author is actually thinking about children this way. Who reminisces about an early sexual encounter in these words? Who would think back on something like this from when they were 10 as if it was a good thing?

Imagine being a teenager and finding this book in a library, flipping through it and stumbling across this passage. You know. The author is talking about you.

Imagine being an actual victim of sexual abuse and reading this, and then reading all the defenses of this book, by Evison, by the publishing industry, by the media, by school boards. Imagine going to a bookstore and seeing this book there. How much re-traumatizing of victims has taken place these past few years?

None of my teachers I had growing up would have been OK with this book. That was in the ’90s. Why has that changed? What teachers and librarians OK with this now?

And here is what’s even more abusive about “Lawn Boy.”

“Lawn Boy” is actually two books. The first is the “coming of age” story Evison desperately wants to sell. The second is the actual book, which is about the sleazy, scummy businessmen of 2018, the year the book was published, that Evison refuses to fully write.

In the first book, the writing is slow and awkward. The dialogue is forced, tries to hard to sound like working class guys. The perspective shifts and the reader is never quite sure where we are directed to look and why. The book is supposed to be set in Washington state and the narrator is supposed to be Chicano. But the details don’t line up. A weariness and heat permeates the book, as if it’s set in 1970s-1980s New Mexico or Texas. (Shoulder pads on waitress uniforms? Really?) The narrator sounds like a solidly white guy.

At the chapter titled “Is that you?” is when the second, real “Lawn Boy” book is shown. (That is the same chapter in which the “salamander” passage occurs.)

That second book is about sleazy, greedy, slick businessmen. Doug Goble — the “hottest real estate agent in town,” we are told over and over — is a soulless, slick guy. He has no scruples. He crashes Little League games to prowl for business. Here, the dialogue flows, the tone is sharp, the perspective comes into focus. It’s not Texas or Washington state. It’s 2018 Anywhere, USA suburbia, ruled by scummy businessmen. This is the world Evison is thrilled by and really wants to describe. This is “Lawn Boy.”

So why didn’t Evison simply write, “Lawn Boy: A story of penis-touching businessmen”?

Why not just write the second book, go full “American Psycho”? Why lasso in some “Chicano” kid as the narrator? Well, probably because “American Psycho” exposed the sociopathy of its world, 1980s Wall Street. When that’s done, it makes society reflect on itself. By not exposing the sleazy businessmen of the suburbs in 2018, by not writing the second “Lawn Boy” all the way, Evison ensures that society can’t reflect. We are stuck in reactive mode. Readers have to take in all the disgusting details of the book as right and good, just reality. “They. Didn’t. Even. Read. It.” That’s literally Evison’s comeback at parents who dare to say the book is unsuitable for their kids.

What Evison has done is use the innocence of a coming of age story to cover up the sociopathy of the scummy world he really loves. In doing so, he connects boys and young men growing up right now to that world. Anyone who wants to objectify and exploit young men, all they have to do is read this book and reduce any ambitious man to a boy “aching for a good time.”

This is completely disgusting.

By instinct, parents know this is what’s happening. They are speaking up to break that connection.

“Lawn Boy” was published in the first half of 2018. The Parkland shooting had just taken place. And there was the “Havana Syndrome.” Remember that?

I was working in Wake County at that time and on my daily commute, that spring, “Alive” by Pearl Jam was always on the radio. I wondered a lot about the safety of kids during that time. It was a precarious, dangerous time.

Algonquin Books, the publisher of “Lawn Boy,” is located in Chapel Hill, so they must have also seen and felt the same things. Did no one ever say that maybe they should not publish this book? Did no one question the sexual passages about children and say maybe they need to be edited out? Did no one drive through Franklin Street, go to the mall, go anywhere really, and see how overwhelmed and scared and on pins and needles people were, and think that maybe this book was not a good thing to put out into the world?

Evison wrote in his statement on Algonquin that mostly men have voiced their negative opinions about Lawn Boy to him. Good! Men know what’s going on.

Parents and men across the country need to join together and keep speaking up about Lawn Boy and other books like it. You are not anti-intellectual. You are not being reactionary. Your instincts with books are right. You should be trusted and heard.