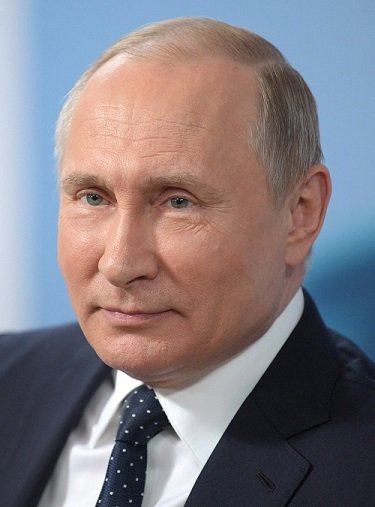 On Monday, President Vladimir Putin of Russia announced that his government would formally recognize the independence of Ukraine’s Donetsk and Luhansk regions. Russia would also send troops into the region for “peacekeeping.”

This came after nearly a week of the Biden administration’s steady drumbeat of a “Russian invasion” in the media despite the scheduled date of invasion, Feb. 16, having come and gone without any sign of trouble. The Biden administration also said he would hold a meeting with Putin soon, supposedly to show off President Joe Biden’s diplomatic skills and talk Putin down from any further invasions.

On Monday afternoon, Putin put his foot down: Enough.

Putin’s speech sent shockwaves through the Biden administration, its allies in Europe and elsewhere, and the media that had become used to the public and even political leaders swallowing the warmongering narrative without any pushback.

It was a stunning move.

Everyone expected Putin to keep playing along. He refused. “Show your cards,” his actions said. “You’ve got nothing.”

And he is right.

Let’s look around this table of incompetent, corrupt warmongers.

Ukraine: The American general public is led to believe that this situation harkens back to the Cold War. Russia is still like the former Soviet Union and Ukraine is its neighbor who is a buffer between Russia and Democratic countries in Europe. That’s not true anymore. This is no longer the Ukraine of Oksana Baiul. It’s the Ukraine of Petro Poroshenko, former president, who is now being tried for treason, and Volodymyr Zelensky, who is even worse. The truth is Ukraine has become much more corrupt than Russia.

The Biden administration: No credibility. The Russian invasion was supposed to happen last Wednesday, Feb. 16. That day came and went. Nothing happened. Russia had withdrawn troops the day before. But undeterred by reality, President Joe Biden kept up the drumbeat of war rhetoric. No, no. A Russian invasion is definitely going to happen. And then Biden wanted to line up a summit with Putin “on the condition that Russia does not invade Ukraine.”

Oh, you mean the condition he has already met — by not invading? This is insufferable. Enough is enough.

The media: Dangerous misinformation and propaganda. The mainstream media refuses to cover what’s going on in Ukraine. Here are basic facts that never get mentioned: Donetsk and Luhansk voted for independence themselves in 2014. The Minsk Agreements were put in place to protect the regions. The fighting is between Donbass residents and the Ukrainian army — not Russia.

The fighting is at times overwhelming. This past Saturday, there were reportedly 1,500 ceasefire violations in that one day.

What is really happening in the Donbass and what needs to be done to stabilize the region? The media refuses to say.

Putin’s move cut through the media’s misinformation. Everyone in the world now has a perspective from which we can watch what’s happening there and judge for ourselves.

The United Nations: No word on authoritarianism in Australia’s COVID lockdowns and Canada’s response to truckers on a blockade. But the U.N. considers Russia intervening in the Donbass to be “a violation of the territorial integrity and sovereignty of Ukraine and inconsistent with the principles of the Charter of the United Nations,” said Under Secretary Rosemary DiCarlo.

But the people of Donbass have relied on Russia’s aid for defending themselves against Ukraine for years. Does the U.N. decry what Ukraine has been doing there?

Also, for a hint of the corruption at the U.N., read what the Russian mission there has been tweeting:

Are the U.N. and other countries refusing to abide by rules-based order, hence the hashtag “#UNCharterisourrules”? This is yet another issue the media has refused to cover.

Putin’s actions on Monday had to be done. There is too much corruption from all the parties and not enough transparency.

On Monday, Putin stood for truth and strength. He protected and did more good for people, including yes — the American public who desperately need some competence and transparency — than our own president, Joe Biden. This is a moment to remember.

If the U.S. will not provide leadership in the world, then Russia will.

All eyes are on Russia now.